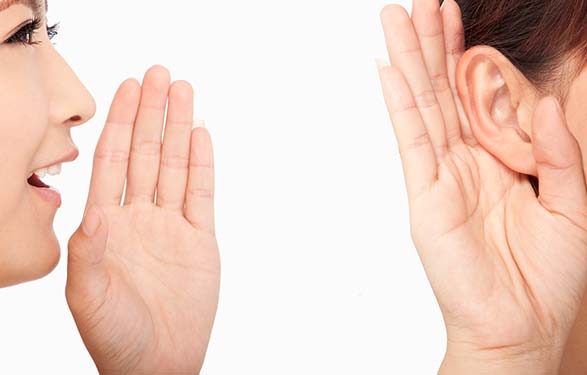 When people talk about hearing they commonly refer to the term known as “sound waves.” The creation of sound begins with the vibration of particles in the air that result in waves of sound that travel through the atmosphere and into the ears. Once the ear drum receives these sound signals, they also begin to vibrate and convert these vibrations into electrical impulses that are sent to the brain where they are interpreted as sound.

It is true that we hear with both our ears, but the fact is that our brain is the one that enables us to actually listen. Different vibration speeds result in different sound frequencies. Low frequency results from lower vibrations that are interpreted by the ears as deep tones. Conversely, quicker vibrations lead to higher frequencies that are interpreted as high pitched tones by the ears. Hearing loss often affects quicker vibration sound waves first which results in the inability to hear sounds at a higher frequency. This is why people with hearing loss often have trouble hearing shrill, high-pitched voices or the telephone.

Different people have different hearing abilities that can decline over time so make sure you get your hearing tested regularly so that you can enjoy the various sounds in your environment for a longer period of time.