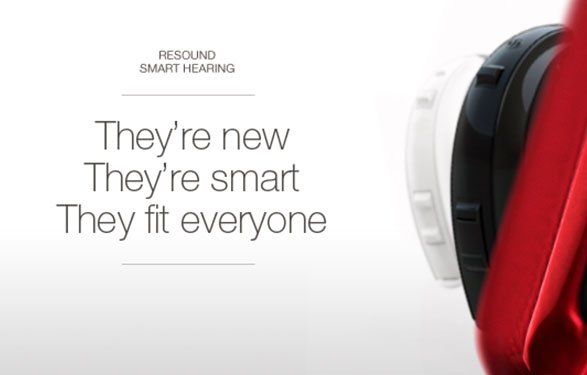 The most essential aspect of a hearing aid is its ability to help you hear better. ReSound considers those the audiological (or hearing science) features. At ReSound, they work hard to create features that work just like your first and best hearing device - your ear. That's why they developed Binaural Directionality II – a feature unique to ReSound Smart Hearing. It allows wearers to hear the sounds around them and to focus on what they want to hear – even in noisy environments.

As you drive, you keep your eyes toward the windshield, facing oncoming traffic. Occasionally you check your rear and side view mirrors—just to monitor the road and traffic around you. A glance into the side mirror confirms it's safe to pass. A look at the rearview mirror helps locate the ambulance siren, whether to the right or left. No one drives forward constantly looking in the mirrors, yet mirrors are critical for safe driving.

Driving without mirrors is like hearing using traditional hearing aids; most hearing aids allow a wearer to hear what is located directly in the front of them while turning down the noise and sound at the wearer's sides and back. This forward directionality creates a type of "tunnel hearing" that improves the signal-to-noise ratio (which helps the hearing aid wearer hear what's directly in front of them), but also cuts them off from their environment. For more than a decade, we've pioneered solutions to the problems created with traditional directionality.

ReSound wants the hearing aid wearer in the driver's seat, so she or he has control of their own listening environment. ReSound's Binaural Directionality II supports collecting data from both ears, which they call binaural processing. Binaural directionality allows wearers to detect sounds and listen to what they want. Your ears are naturally designed to allow your brain to choose where to pay attention. For example, people with healthy hearing detect and turn to face a speaker approaching from behind, even when a louder speaker is in front of them.

Binaural Directionality allows hearing aid wearers' brains to make the same choice. The end result: The wearer has access to all of the sounds around them, while still amplifying the loudest speech signal. In other words, the hearing aid wearer can choose to "glance in the side mirror" while keeping eyes on the road in front.