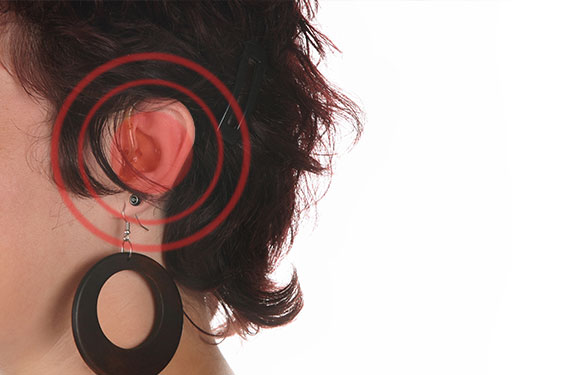 A technology called functional near-infrared spectroscopy (fNIRS) can be used to objectively measure tinnitus, or ringing in the ears, according to a new study published November 18 in the open-access journal PLoS ONE by Mehrnaz Shoushtarian of The Bionics Institute, Australia, and colleagues. A summary of the study was published on the Science Daily website.

Tinnitus, the perception of a high-pitched ringing or buzzing in the ears, affects up to 20% of adults and, when severe, is associated with depression, cognitive dysfunction, and stress. Despite its wide prevalence, there has been no clinically used, objective way to determine the presence or severity of tinnitus.

In the new study, researchers turned to fNIRS, a non-invasive and non-radioactive imaging method which measures changes in blood oxygen levels within brain tissue. The team used fNIRS to track activity in areas of the brain’s cortex previously linked to tinnitus. They collected fNIRS data in the resting state and in response to auditory and visual stimuli in 25 people with chronic tinnitus and 21 controls matched for age and hearing loss. Participants also rated the severity of their tinnitus using the Tinnitus Handicap Inventory.

fNIRS revealed a statistically significant difference in the connectivity between areas of the brain in people with and without tinnitus. Moreover, the brain’s response to both visual and auditory stimuli was dampened among patients with tinnitus. When a machine learning approach was applied to the data, a program could differentiate patients with slight/mild tinnitus from those with moderate/severe tinnitus with an 87.32% accuracy. The authors conclude that fNIRS may be a feasible way to objectively assess tinnitus to assess new treatments or monitor the effectiveness of a patient’s treatment program.

The authors add: “Much like the sensation itself, how severe an individual’s tinnitus is has previously only been known to the person experiencing the condition. We have combined machine learning and non-invasive brain imaging to quantify the severity of tinnitus. Our ability to track the complex changes that tinnitus triggers in a sufferer’s brain is critical for the development of new treatments.”